The end of democracy in Israel? 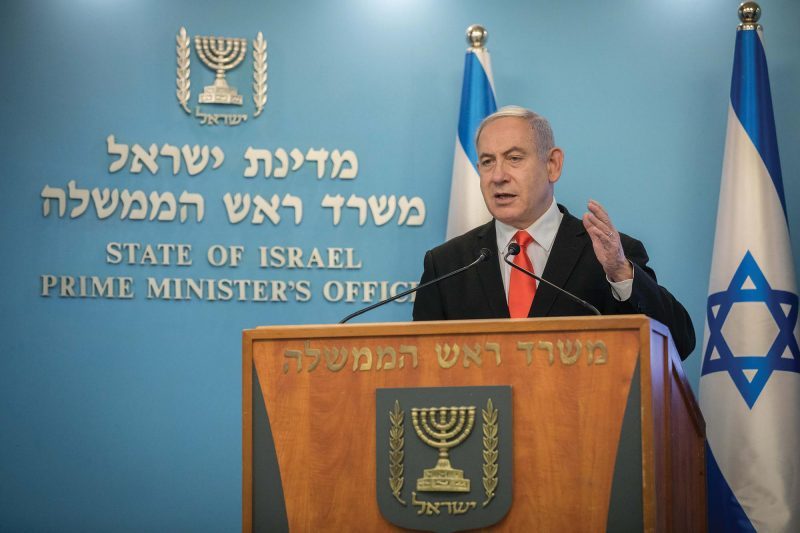 “He changes the times and the seasons; He removes kings and establishes kings; He gives wisdom to the wise and knowledge to those who know understanding” (Daniel 2:21).

The news headlines and political speeches warning of the end of democracy in Israel had been relentless for months.

Controversy in domestic Israeli politics is nothing new, but the headline-hungry international news media were citing the stories and warnings as proof (sic) of Israel’s tyrannical, even dictatorial, nature. It was a goldmine for Israel critics.

Politicians and pundits alike were mounting the barricades demanding Prime Minister Benjamin Netanyahu resign to make way for others and rescue the state from the imminent demise of democracy.

But that’s the point: It is politicians and pundits who were up in arms, each of them with a specific agenda. One after the other can be identified as politicians of opposition parties or commentators with a history of hostility towards the prime minister.

There have been three national elections for Knesset (parliament) members and prime minister during the past year. Each one ended in a stalemate with no party able to form a coalition with a majority of 61 or more seats in the 120-seat Knesset. Finally, an emergency coalition was formed on April 20 with Netanyahu remaining in office through October 2021. Had the effort failed, a fourth election would have taken place on August 4.

The main accusations, each accompanied by denunciations and warnings that democracy is doomed, are these:
• Netanyahu is holding on to power without a mandate;
• Netanyahu has been in office for too long (since 2009);
• Netanyahu’s party, Likud, shut down the courts and parliament; and
• Netanyahu has indictments against him and should resign to fight them.

In fact, the charges are groundless:

• As long as a new coalition could not be formed, the previous one, with Netanyahu at the helm, continued and kept the government running. The two major parties in Israel were deadlocked and not budging. Conceding any point, or yielding a cabinet position to the other party, would have meant relinquishing power and neither party was willing to do that when the parties’ relative strength was almost equal. Months passed while the parties parried, but democracy was not dead.

• In Israel, every party has the right to choose its leader to serve for any length of time, whether by vote or by appointment. German Chancellor Angela Merkel has been in power since 2005. She headed her CDU party from 2000-2018. Dutch Prime Minister Mark Rutte has run the Netherlands since 2010 and has headed his VVD party since 2006.

• It is true that Israel’s justice minister ordered the courts closed. This was due to the coronavirus. The same was done in Europe as infection risks escalated and lockdowns were ordered.

Also, Israel’s Knesset Speaker, Yuli Edelstein, widely respected as an honest politician, closed a daily session as usual, then took time setting an election date for the next speaker, in compliance with the Knesset charter. The supreme court, however, overstepped its mandate hoping to rush the process, and ordered Edelstein to hold a vote for a new speaker immediately. Edelstein recognized the court’s overreach and resigned rather than bowing to an illegal order.

• Although Netanyahu will go on trial on old charges on May 24, the law does not require him to resign his office. Nor can the courts compel him to do so as it would constitute interference in the separation of powers.

There is no problem

In Brussels, Jenny Aharon, an adviser on European Union-Israel affairs and director of Golden Gate Public Affairs, comments, “In a weakened democracy, there wouldn’t be three elections in a year” attempting to form a new government. Rather, they were evidence of the rule of democracy. And they demonstrate conclusively that Netanyahu lacked “dictatorial skills” (The Jerusalem Post, “Israel, a super-democracy,” April 13, 2020).

Aharon points out that the Joint List of Arab parties is gaining seats in parliament: “We have seen a drastic rise in its number of seats despite the fact they do not recognize Israel as a Jewish state. The Knesset has never been as diverse as it is today.”

She sees the lengthy parliamentary standoff, with even the opposition party being given a mandate to form a coalition government, as clear proof that “Israel is indeed a super-democracy.”

Previous Pondering the palaces of Palestine

Next A Muslim journalist unafraid to speak out